Learn German Numbers is an iOS app developed to help improve speaking and understanding numbers in the German language. It was written and shipped in two weeks at the start of August 2022. 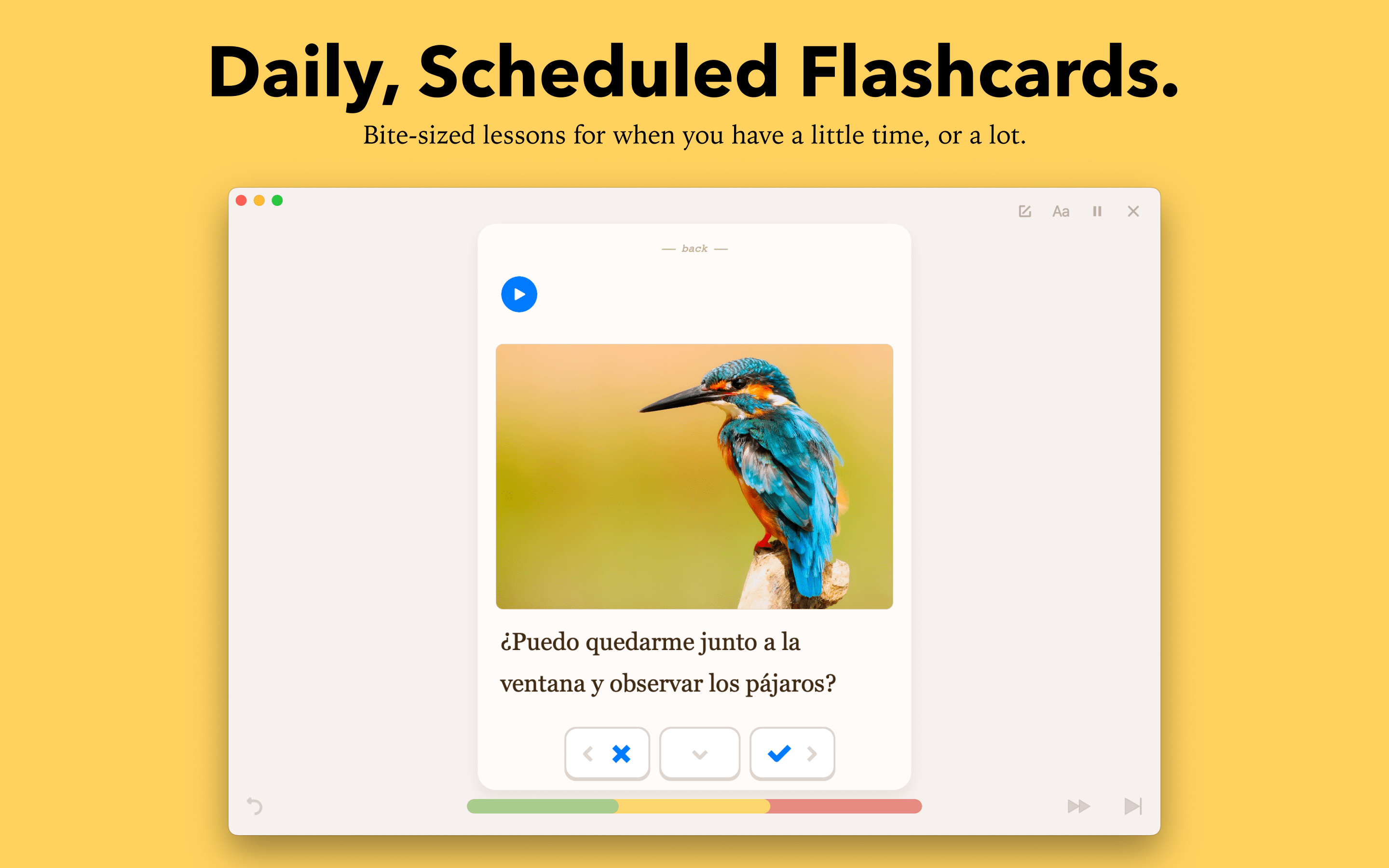 Fresh Cards is an easy to use flashcard app for macOS and iOS. It was first released to the App Store in November, 2020. 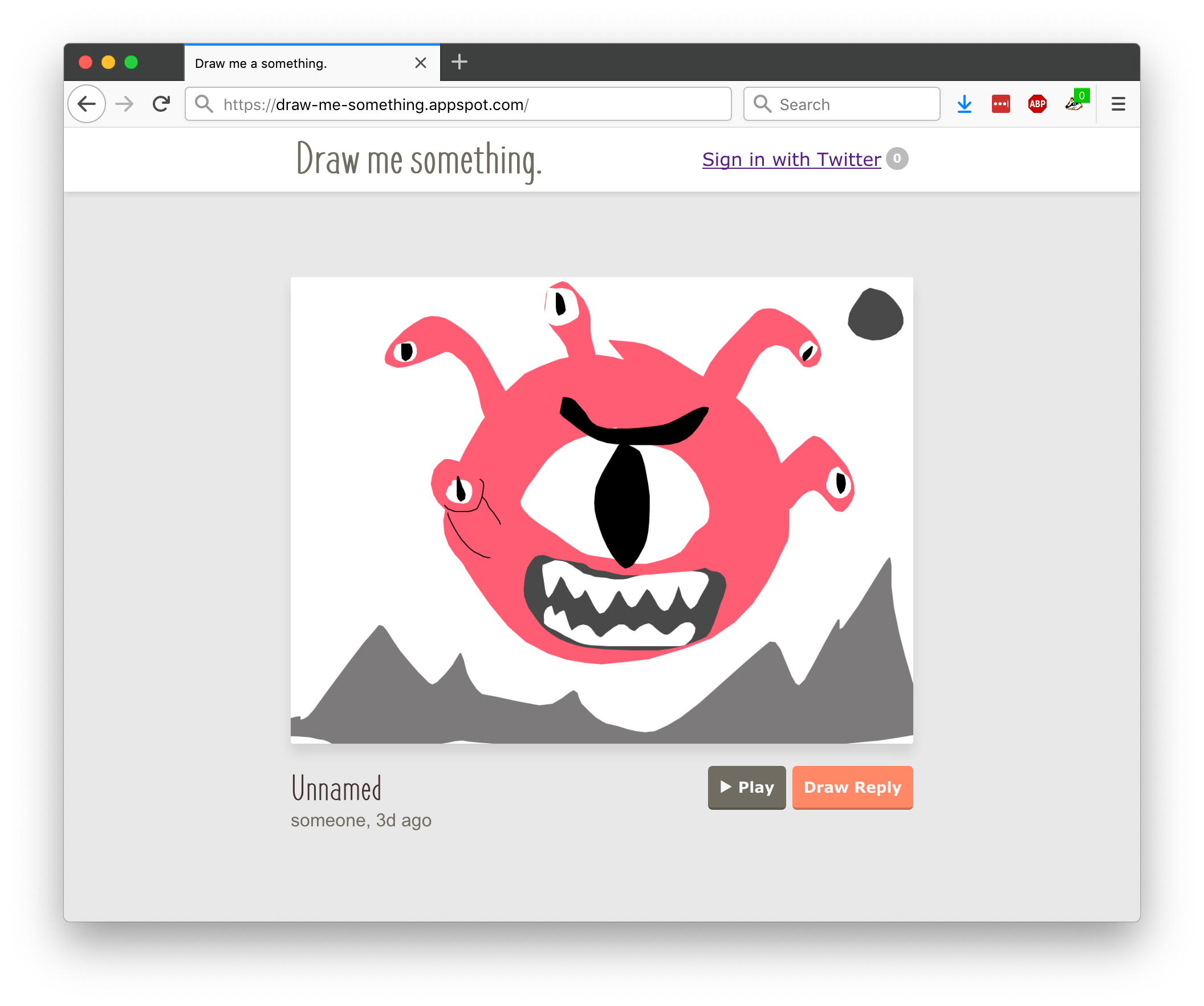 Do you like doodling or sharing doodles? Check out Draw me something, a site where you can request drawings from others or else answer requests for drawings. The back-end is written in golang and the front end is all custom JavaScript. Project started September, 2018.

Diorama Club is a site that allows you to create interactive fiction using a simple text markup. It is based on the original Diorama Club (see below) but written in golang. The backend is much simpler than the original (written in Node.js) and makes use of two golang packages that I've written: minauth (for twitter authentication) and mincrud (a simple CRUD backend framework). Created August, 2018.

SynthieJS and Synthie are functional programming implementations of an audio synthesizer. The goal is to provide the audio system for retro 8-bit game engines. SynthieJS started July 7, 2018. Synthie started June 2, 2018. 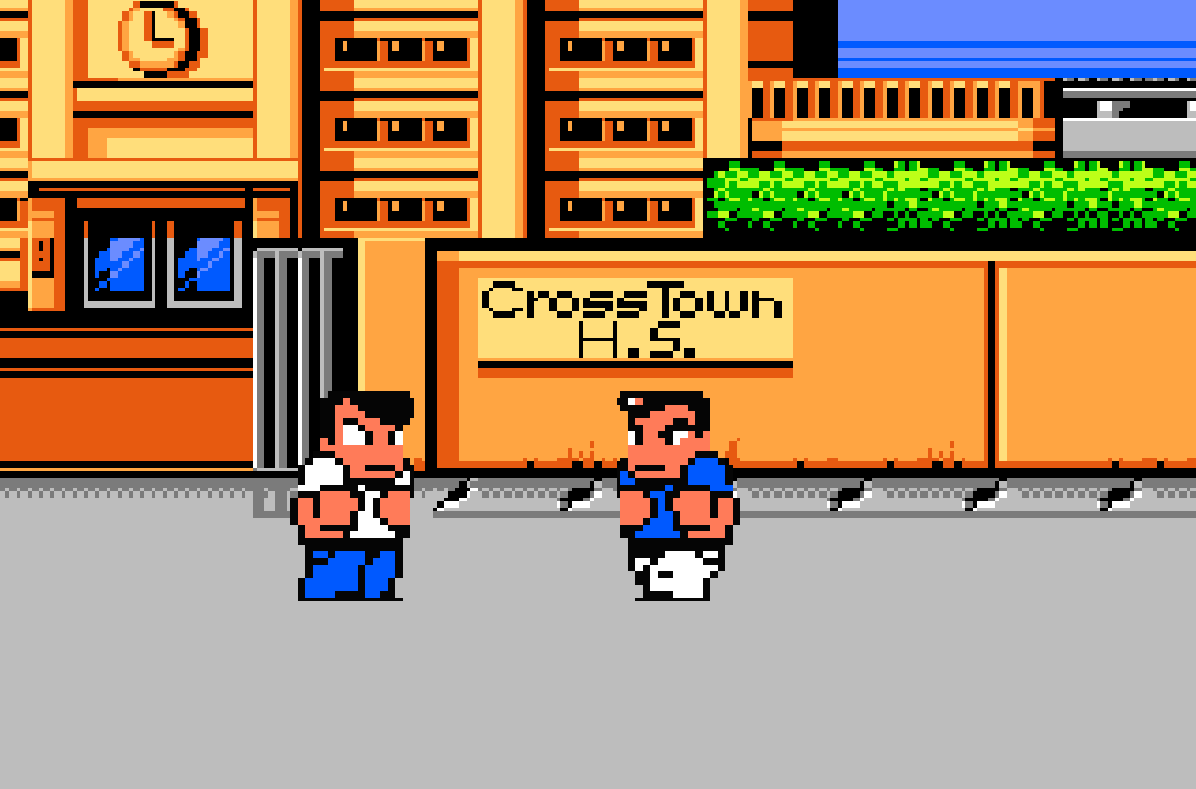 YokosukaJS is an update of Yokosuka 2000 with full source. This is a beat-em-up game engine written in a functional programming style. Full source code available. Project started June 30, 2018. 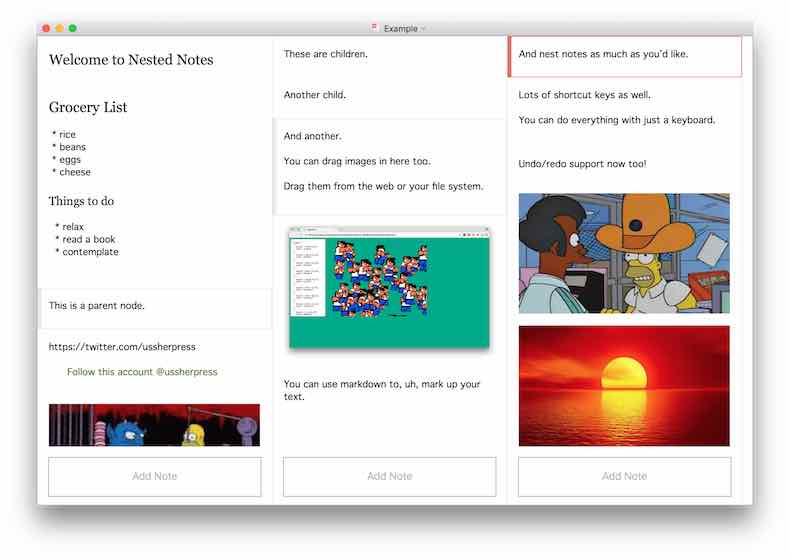 Nested Notes is a note-taking app. As the name implies, you can create notes and nest them in other notes. Organize everything into a hierarchical tree. Initially uploaded March 22, 2017.

Nested Notes makes use of SlouchDB, a database for Mac and iOS that provides a server-less solution for multi-client, single-user applications that wish to synchronize data across the multiple clients. 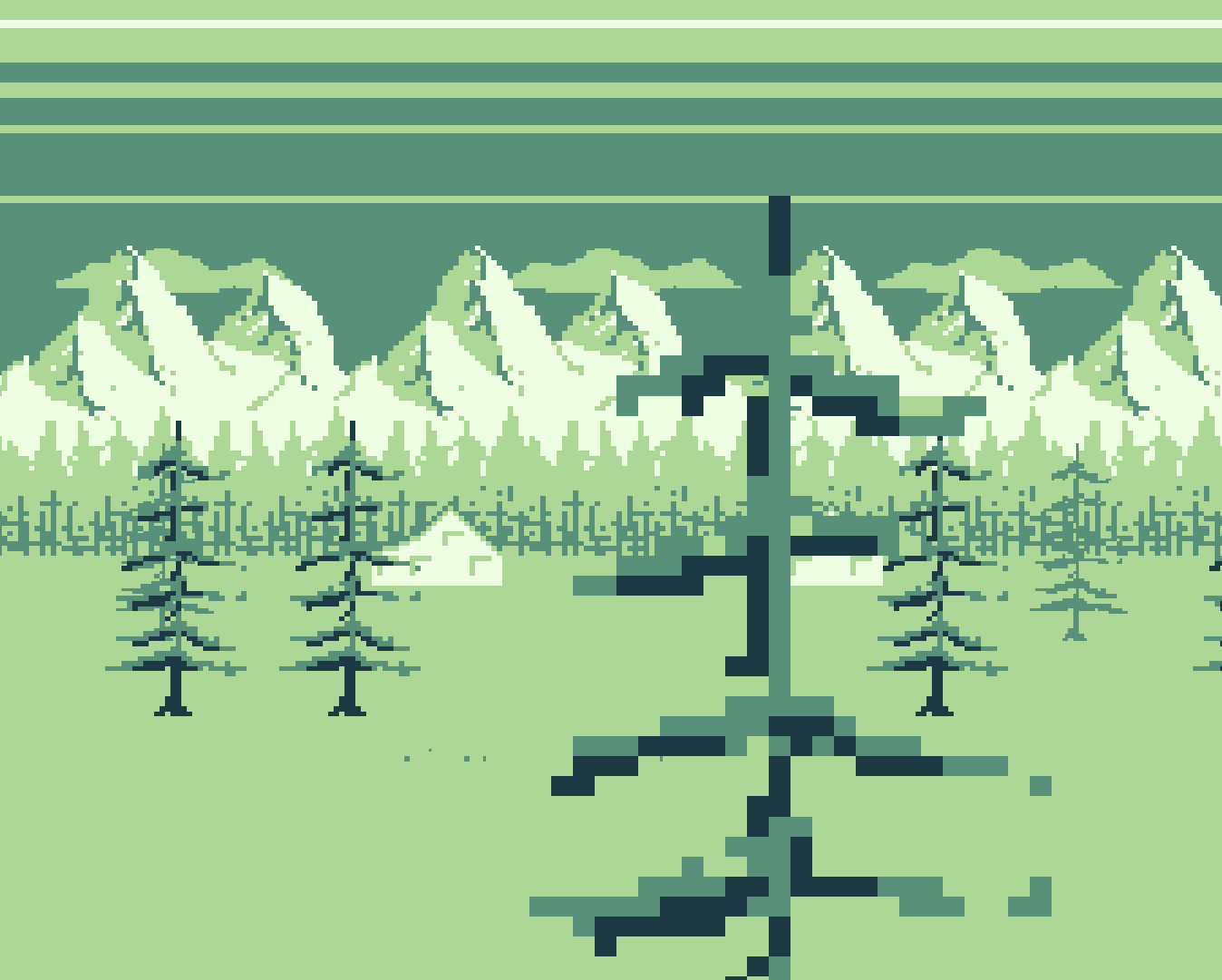 Train Window Simulator is a simple demo showing the view from a train. Initially uploaded February 20, 2017.

Yokosuka 2000 is a game engine and framework for writing 2D sprite-based games, typically of the beat 'em up variety. Initial preview uploaded February 11, 2017. 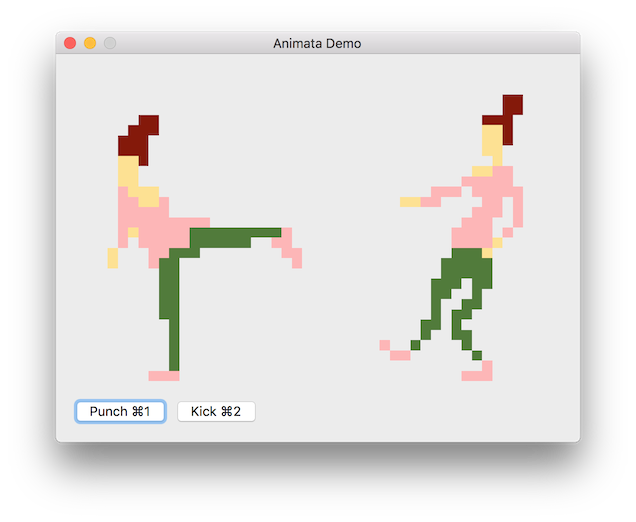 Animata is a JavaScript and C++ library for managing 2D game sprite animations using a finite state machines. It's currently used by Yokosuka 2000. Initially uploaded to github on February 5, 2017. 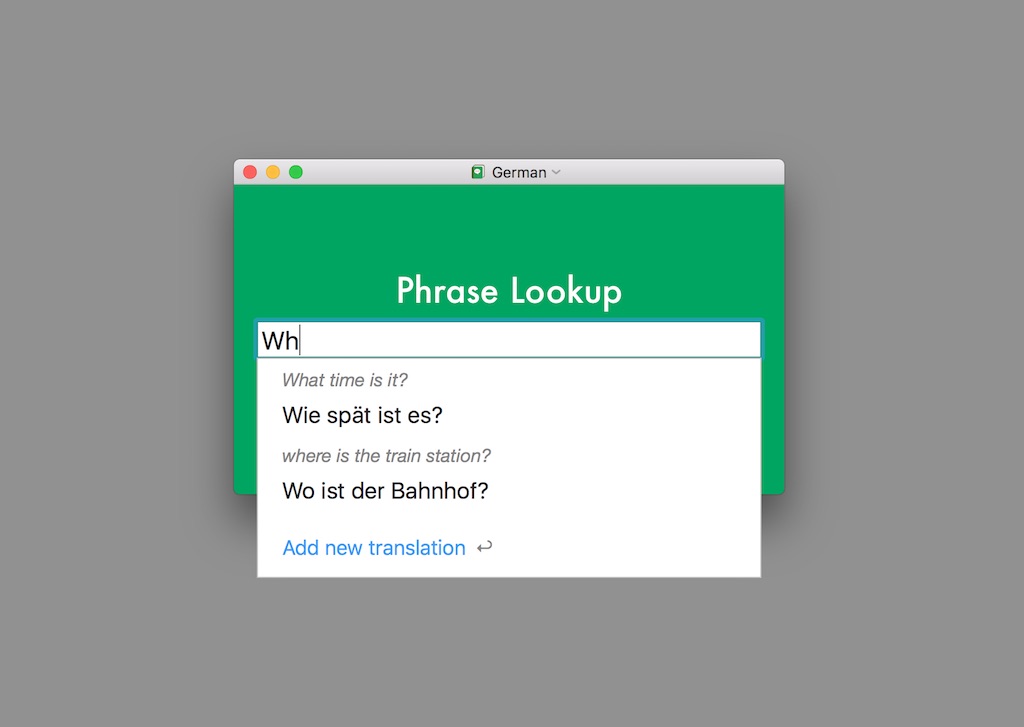 Little Phrase Book is a macOS app that helps you store and learn phrases in foreign languages. Released January 2, 2017. 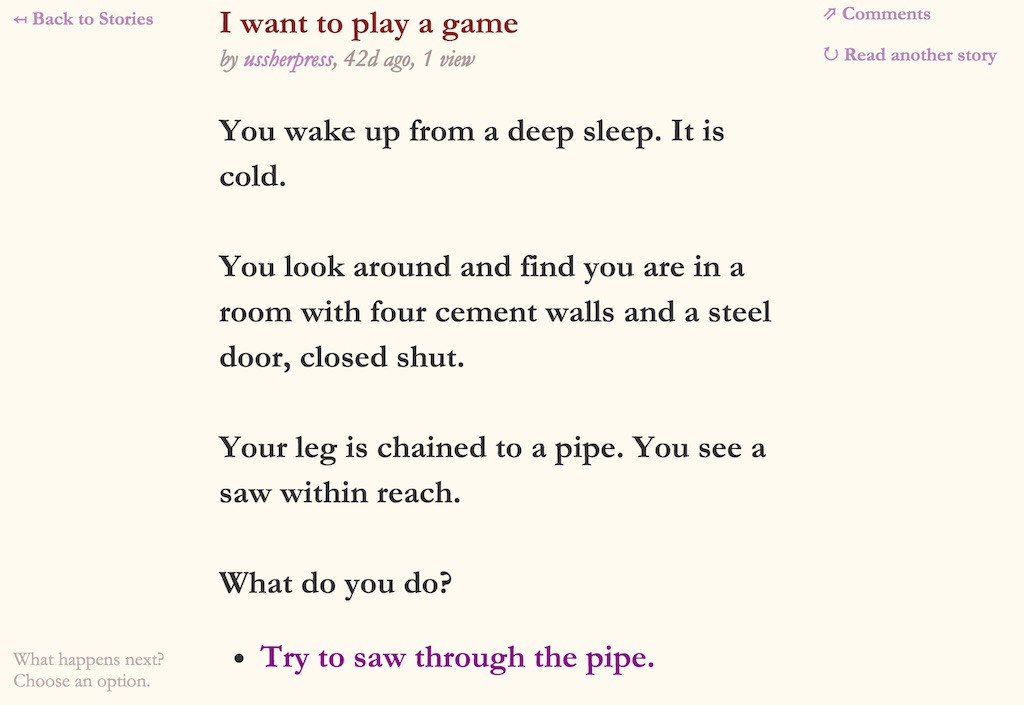 This Way Or That (site currently down) lets you collaborate with other users to create exquisite corpse-style interactive stories. Released November 27, 2016. 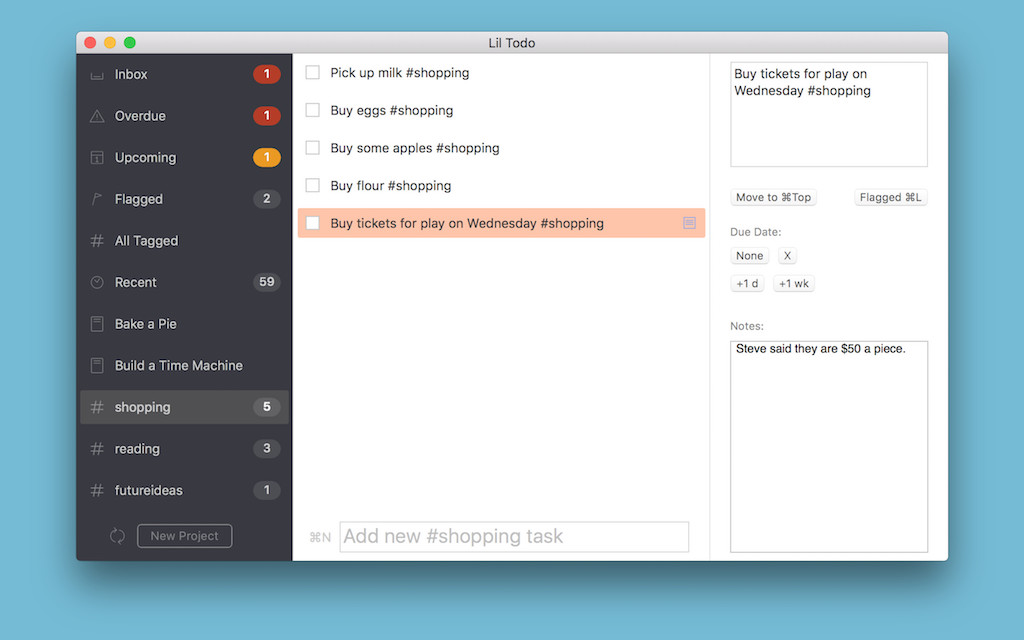 Lil Todo for Mac is a simple and modern to-do app that uses Dropbox to sync your tasks across devices. iPhone version coming soon! Released October 10, 2016. 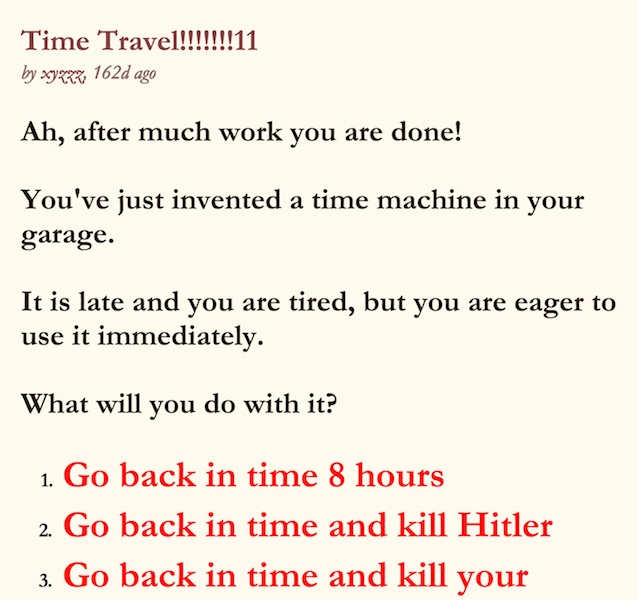 Diorama Club II (site currently down), written in Node.js, is a site that lets you create interactive fiction on the web. Released July, 2016. 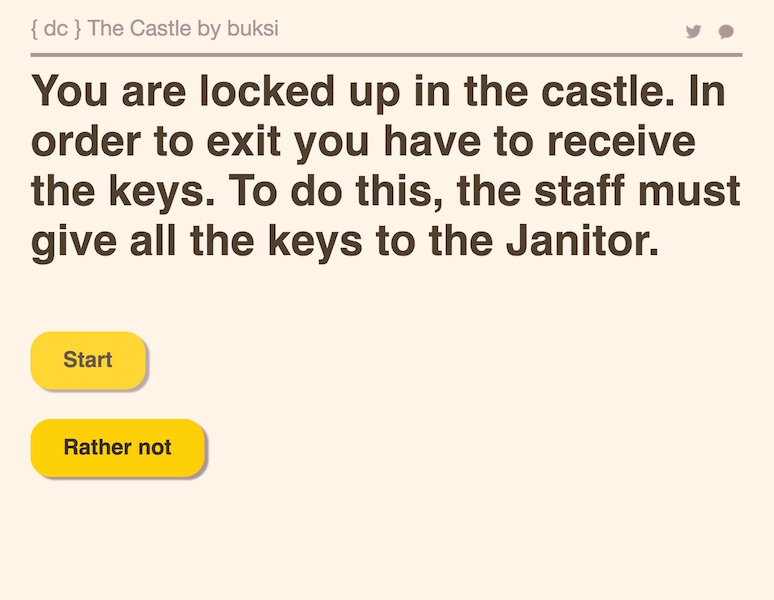 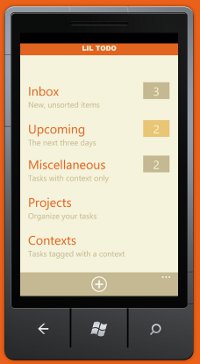 Lil Todo for Windows Phone was a to-do app I wrote for the Windows Phone platform several years ago. I wrote a little bit about it on my blog. Released 2011. 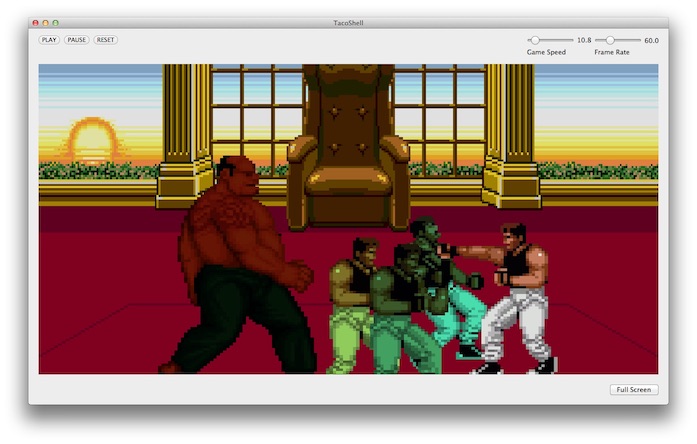 Check out my YouTube for videos of a yet unreleased game engine I've been working on for years... 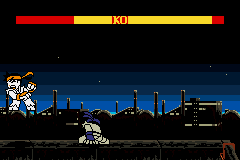 Project Hazuki, a Street Fighter II-like game engine made for the Game Boy Advance. You can watch gameplay video on YouTube.

The Clans, a very, very old BBS door game I made long ago and later open-sourced 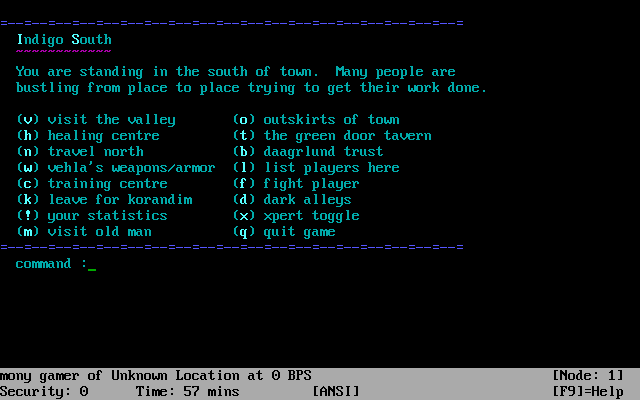 Other ancient games I've made: Virtual Hunt and The X-Engine Door System (i.e. The Enigma of Ashrella). 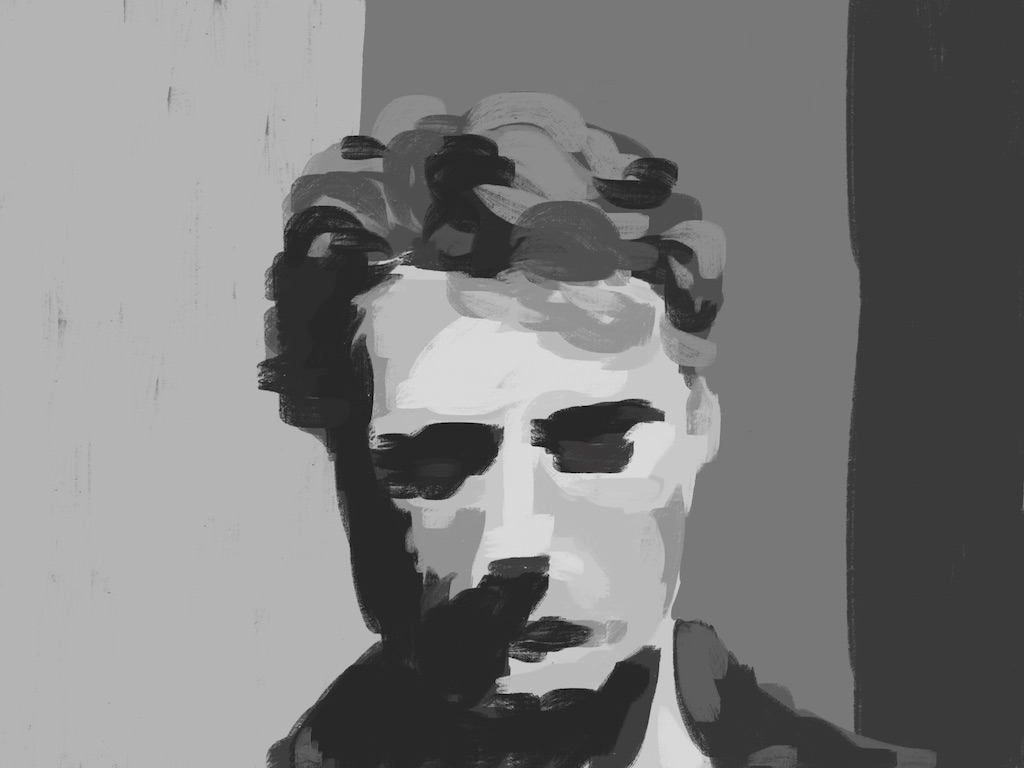 I like to draw as well! You can check out some of my work on my Tumblr.